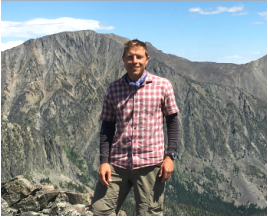 Chris is a climate scientist, who studies Earth's past and future climate change using both theoretical (climate models) and observational methods. He is interested in what the past can reveal about how the climate system works and how the modern climate system is changing. He has published on climate topics including snowball Earth dynamics, extreme greenhouse climates, mountain-uplift induced climate change, ice-age cycles, and plant physiological forcing of past and future climate.
​
Chris grew up in southwestern Montana. After graduating from Carleton College in Minnesota, he earned a PhD from the Pennsylvania State University followed by a post-doc at the University of Chicago. He landed at the University of Michigan in 2003, where he is now a Professor. Chris has not forgotten his roots, and returns to Big Sky country every summer to teach at UM's Camp Davis near Jackson, Wyoming. View Chris' curriculum vitae. 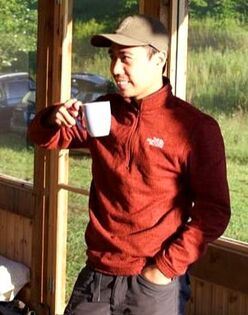 Paul is an Earth science buff and pretty much an enthusiast for any type of science. In particular, he is curious about the interactions between the mountains and the atmosphere. Currently, he is using physics-based, global climate models to better quantify the ancient elevation of various planetary-scale mountain ranges such as the Andes and Tibetan Plateau during the Cenozoic era.

Paul is a California native, he got his B.S. in Geology and Environmental Science from UC Santa Cruz. His doctoral work has allowed him to travel to the Northeast (University of New Hampshire) and the Midwest (Purdue University), where he worked on understanding future climate change in the greater New England region and modern dynamics of the Indo-Asian monsoon. On his spare time, Paul enjoys outdoor activities, such as climbing, white water kayaking, or backpacking. 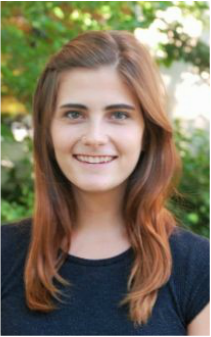 ​Sophia is interested in past extreme warming events, particularly the Paleocene-Eocene Thermal Maximum, as it is argued to be the best paleoclimate analogue of modern climate change. She would like to better understand what climatic mechanisms are responsible for sustaining such high temperatures, as well as the associated environmental changes that occurred during the early Eocene.

Sophia grew up on the West Coast between Los Angeles and San Diego, and then moved up the coast to study Physical Geography and Environmental Science at UC Santa Barbara. In her free time, she enjoys camping, drawing, baking, and doing yoga.

Alex aims to study how climate changes lead to alterations in the hydrologic system and put stress on the natural and human world. By exploring Holocene climates, he intends to investigate similarities between recent paleoclimate and future climate change. Both tropical African and South American climates are of interest to Alex.

Alex grew up in Dexter, MI and earned a double major from the University of Michigan in Earth and Environmental Science and Environmental Studies. In between undergraduate and graduate studies, he worked in environmental data management consulting at Industrial Economics, Inc. in Cambridge, MA. Alex enjoys outdoor adventure and playing musical instruments, such as the ukulele, drums, and more.